Viptamin
X
Products
About us 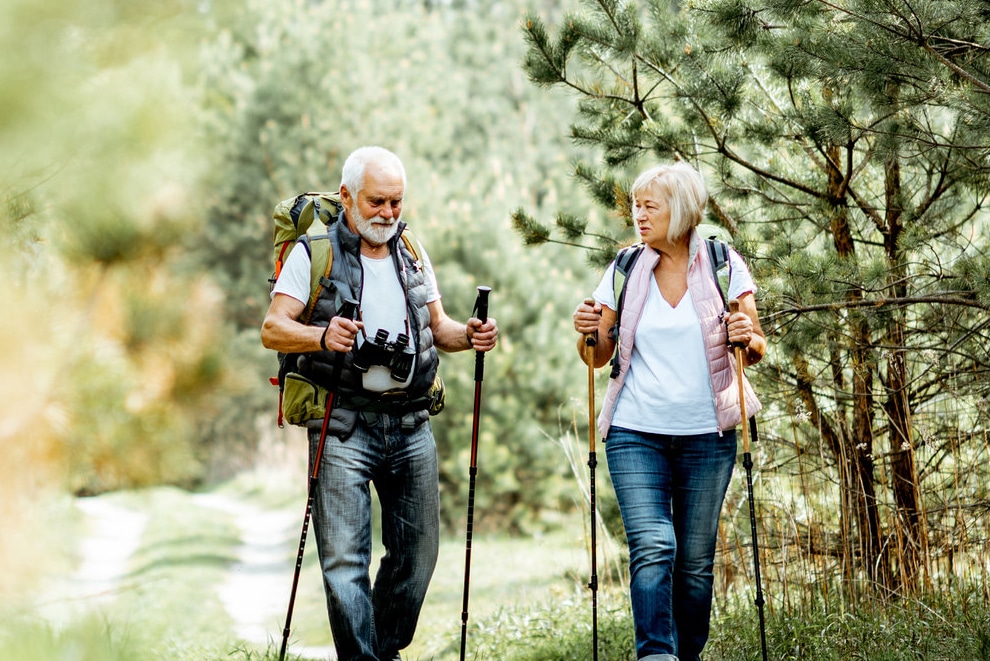 Preventing dementia: This is how it works

Dementia is one of the most feared diseases and affects more and more people in old age. The necessary knowledge to prevent dementia is unfortunately not widespread. However, the fact that prevention is possible has now been proven in studies.

In this article, we would like to show you how to recognize dementia, what the current research situation looks like and, most importantly, what you can do if you want to prevent dementia. But first to the basics: 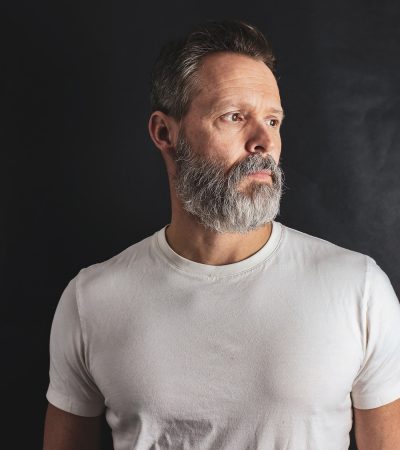 Who does dementia affect?

Dementia comes in a wide range of severity levels. From mild dementia to severe Alzheimer’s disease, all intermediate stages can be found.

It typically begins between the ages of 50 and 60, and the risk of developing dementia increases with age. By the time they reach the age of 70, around 16 percent of people in Germany are already affected.

How does dementia manifest itself?

Dementia begins slowly and insidiously. Forgetfulness and absentmindedness are the first symptoms at which many people become alert. But even those who feel powerless, easily fatigued, or irritable could be suffering from mild dementia – because these, far less well-known symptoms are also the first signs. Depressive moods and sleep disturbances are also common early symptoms of dementia. As the disease progresses, those affected then find it increasingly difficult to retain new things or to orient themselves in familiar surroundings. Their judgment may decline, they become moody, and they withdraw more and more as the disease progresses. Other possible symptoms include the following complaints:

In severe cases, verbal expression, planning ability, and spatial imagination suffer. However, even at this stage of dementia, those affected can still perform the most important everyday tasks themselves and without assistance.

It becomes much more serious when dementia develops into Alzheimer’s disease. The cognitive abilities of those affected can then suffer to the point where the most basic skills can be lost.

Not inevitable for a long time: Here's how you can prevent dementia

So if a preventive measure could be found to delay or even stop the disease, this would not only help those affected, but also the immense number of relatives. A study by Oxford University in the United Kingdom raises hope in this regard.

All of these vitamins are known to lower plasma homocysteine levels. Homocysteine is an amino acid that is produced in the body whenever proteins are metabolized. When homocysteine is present in excess, it can damage blood vessels.

And indeed: the higher the homocysteine level of the test subjects, the faster the Alzheimer’s disease progressed. Thus, reducing these levels with the help of the aforementioned vitamin therapy successfully slowed the progression in the already affected subjects compared to the control group. The same also worked with a halving of the originally applied amounts of vitamin B.

You can read the original study at this link. 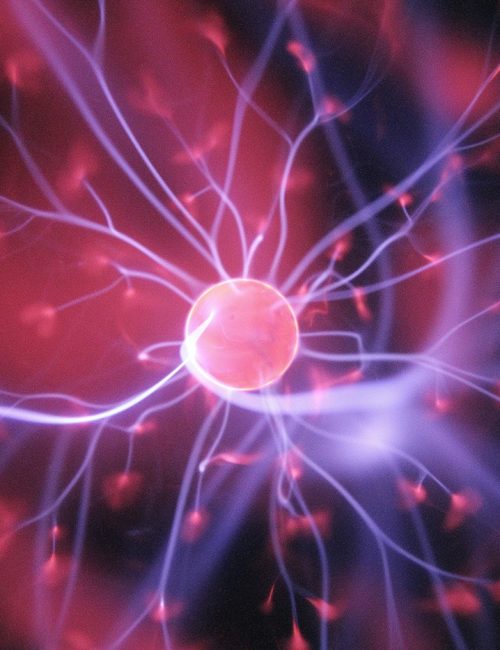 The brains of the subjects who received vitamin B shrank on average half as fast as those from the placebo group. The effect was particularly pronounced in participants whose homocysteine levels were very high at the start of the studio.

Commenting on the study, Professor David Smith, the study’s research leader, said: “We have hope that this simple and safe treatment method may delay the development of Alzheimer’s disease, at least in those patients who have only mild memory impairment.”

In scientific circles, the results were discussed controversially and the comparatively high vitamin doses were criticized because of possible side effects. However, even if the above amounts sound high, they are still well below the “Tolerable Upper Intake Level” defined by the European Food Safety Authority – i.e. the highest tolerated daily intake. These amounts describe the upper limits that are considered safe and harmless for a lifetime of daily intake.

In general, criticism of methods that rely on high doses of vitamins is common in conservative medical circles: the reason for this is that these high doses often bring very positive effects and put the (often expensive and futile) attempts of the pharmaceutical industry in the shade.

Even when it comes to dementia prevention, millions of dollars of research money have already been gobbled up in search of efficient drugs, without any significant findings being made. 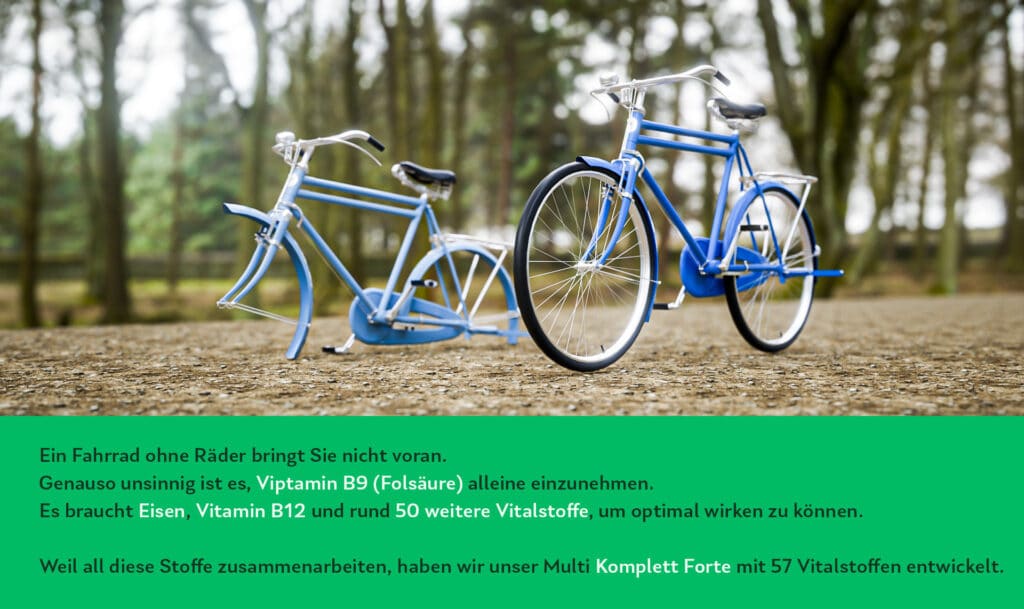 Vitamin B alone is not enough

If you read one of our articles from time to time, you may already know that taking vitamins selectively is not a good idea in the long term: the body’s entire utilization of vitamins and vital substances is based on the fine interplay of a wide variety of substances. If one of these 57 or so substances is missing, this can trigger a whole chain of problems that interlock and aggravate each other.

Of the three important vitamins that led to great success in the Oxford study, we would like to break this down using vitamin B9 (folic acid) as an example.

For the body to be able to utilize folic acid optimally, it needs many other substances: iron, vitamin C, vitamin B12 and zinc are among the most important representatives here. So if you add folic acid to your body but do not pay attention to the basic supply of the other substances, the deficiency cannot be completely eliminated. 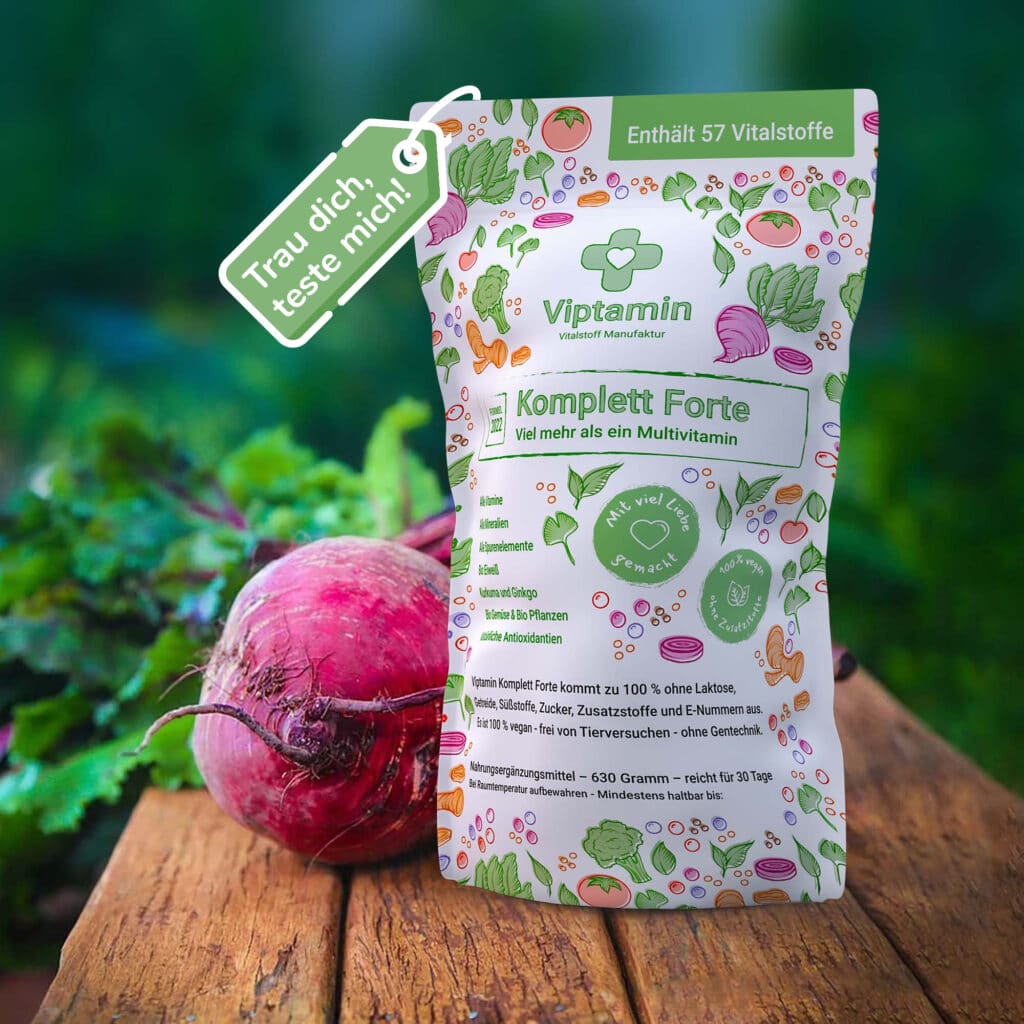 Prevent dementia all around - with Viptamin Complete Forte

A possible solution to this problem is our Viptamin Complete Forte. In it you will find not only the three B vitamins mentioned in particularly high doses, but also all the other ingredients that your body needs to be able to utilize the B vitamins perfectly. However, a total of 57. dementia is far from being the only thing that you effectively prevent with Viptamin Complete Forte. Here are some more articles that show you more about the effects of vitamins and vital substances and explain how our Viptamin Komplett Forte is also a useful solution here:

Feel free to give it a try. Test your Viptamin Complete Forte here and not only prevent dementia, but give your body the optimal conditions for optimal performance. 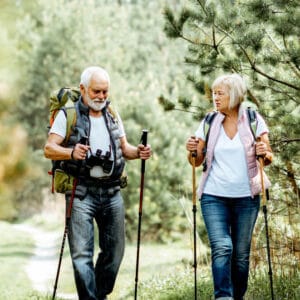 Preventing dementia - this is how it works

8. May 2022
Dementia is one of the most feared diseases and affects more and more people in old age. The necessary knowledge to prevent dementia is unfortunately… 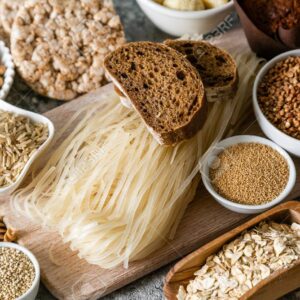 12. April 2022
In the first part, we have already summarized what really matters when it comes to carbohydrates. Since this topic is so important for a balanced… 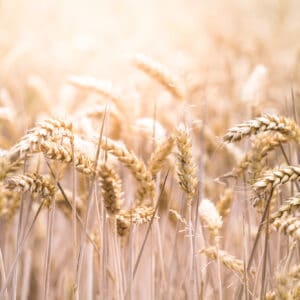 12. April 2022
Healthy and fit, powerful and slim - that's how you want to go through life as a human being. In reality, however, 75 percent of… The benefits of protein are underestimated - part 2

12. April 2022
In this second part of our protein article, we'll go over different protein sources, how these proteins differ in quality, and which protein is particularly…

12. April 2022
Millions of people in Germany diagnosed with cholesterol take statins every day. What the drug does, how it works, and whether it is always the… 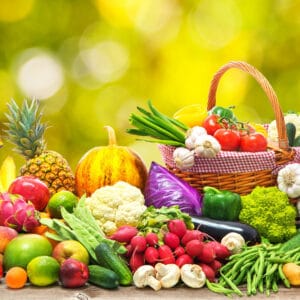 Fruits or vegetables: which is better? - Part 1

12. April 2022
Do you, dear reader, consider vegetables and fruits to be equally healthy? It is one of the most common fallacies about nutrition, because they are… 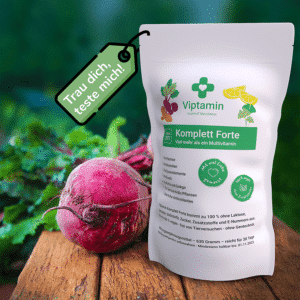 For your health: take out a subscription

12. April 2022
A Viptamin Complete Forte subscription is an investment in your health. 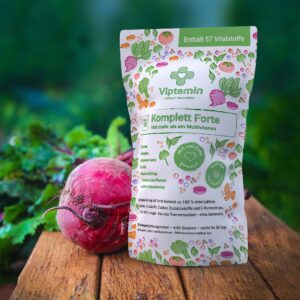 The new Complete Forte is here: discover the 2022 formula now

12. April 2022
As you may know, one of the peculiarities of our Complete Forte is that we optimize the formula every year to adapt it to new…

Your immune system does not receive enough raw materials!

12. April 2022
Our immune system does not function "by itself". It all comes down to the right supply! 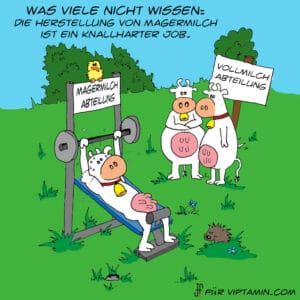 12. April 2022
Our Viptamin cartoons exclusively for you! 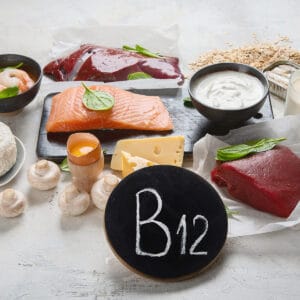 12. April 2022
Vitamin B12 is incredibly important - all the worse that many people are undersupplied. Here's what you can do about it! 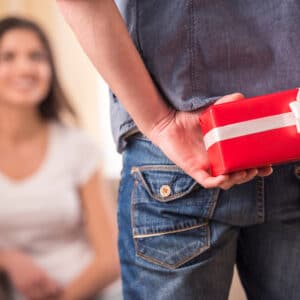 Give away the most valuable thing there is: Health

12. April 2022
Give away the most valuable thing there is: Health With a voucher from Viptamin. Finding the right gift for a loved one is not always… 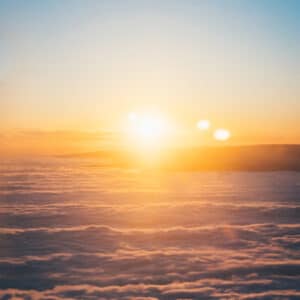 12. April 2022
Many people suffer from an undersupply of vitamin D - here's how to combat it. 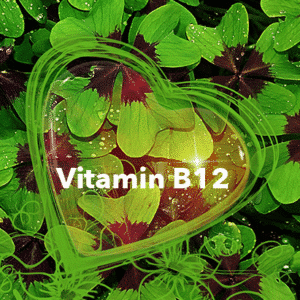 Vitamin B12 for your heart

12. April 2022
Heart stuttering, palpitations or heart palpitations: What are the causes and how does vitamin B12 help?

Statins: A "folk medicine" with pitfalls

27. August 2021
Millions of people in Germany diagnosed with cholesterol take statins every day. What the drug does, how it works, and whether it is always the… 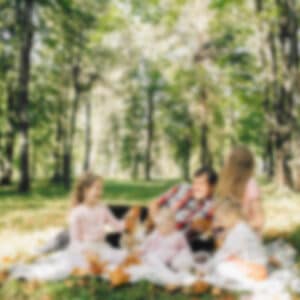 9. July 2021
We are often asked why there is neither iron nor iodine in the list of ingredients of our Complete Forte. This is - like everything… 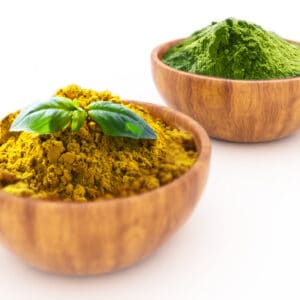 Get the Optimum for your well-being from Vitamins & Co.

23. June 2021
An optimal multivitamin can do so much more for you. In this practical book you will learn briefly and concisely what is important. 23. February 2021
Protein is the most underrated nutrient in our diet. It gives strength, energy and vitality. We should always ensure a sufficient supply, otherwise deficiency symptoms… 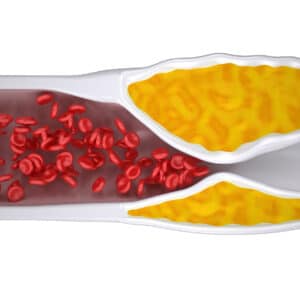 Is your knowledge about cholesterol up to date?

23. February 2021
The key message right at the beginning: elevated cholesterol levels alone are not a health problem. As is often the case, things are a bit… 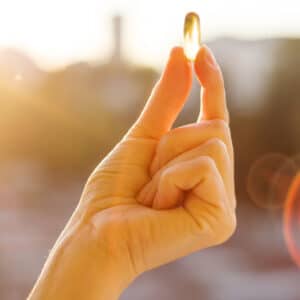 The advantages of Omega 3 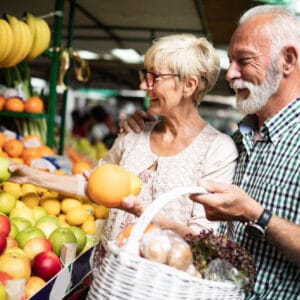 23. February 2021
People in Germany spend more than one billion euros a year on food supplements*. This sum alone confirms that there is a great interest in… 23. February 2021
Here you will find quotes worth reading from notable people on the topics of vitamins, supplements, nutrition and health. 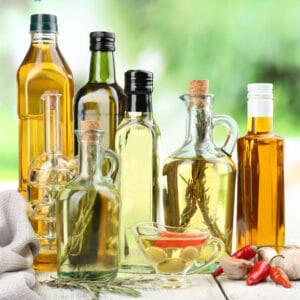 Good fats, bad fats: it all comes down to this

23. February 2021
When it comes to oil in the kitchen, we are often faced with a huge selection and often use our dangerous half-knowledge when deciding what… 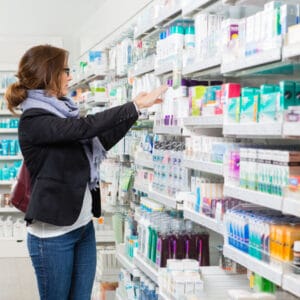 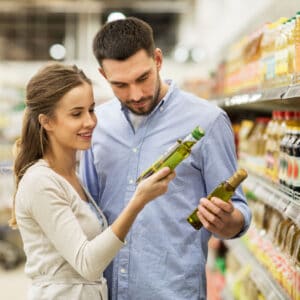 23. February 2021
A few weeks ago, we went over some of the mistakes made with supplements. We reported that impatience and misinformation are often at the root…

Boost growth hormone - this is how it works

23. February 2021
The growth hormone somatropin keeps us young, but it declines with age. Learn how to stimulate the production and utilization of this miracle hormone. 23. February 2021
Dr. nat. Dirk Klante first studied chemistry and earned his doctorate in it, and has worked in scientific research for many years. He is the… 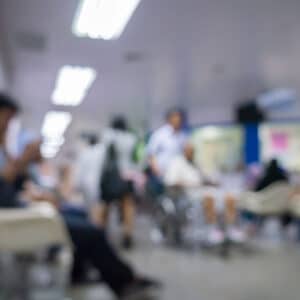 Why patients should not learn about alpha lipoic acid

23. February 2021
Alpha lipoic acid has been known in medicine for over 40 years. But patients, unfortunately, know far too little about it. In this post, you'll… 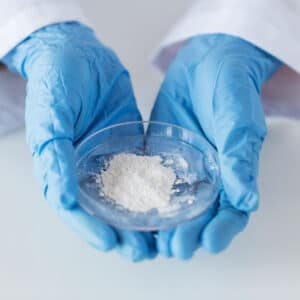 23. February 2021
You can do a lot of good with the right supplements. However, if the supplements contain harmful additives, as is often the case, they do…